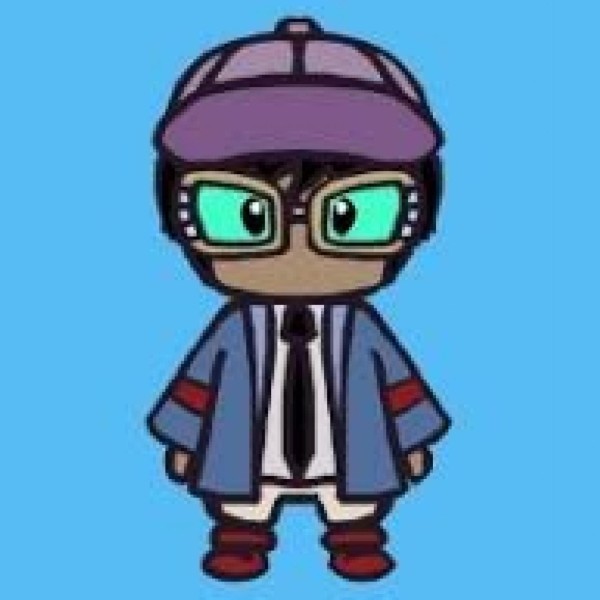 How’s this ? In first , the O is a camera blok and in second the O is the phone itself …just a rough thing .. Good ?

In reply to: My idea for the case

Can any glass or plastic resist scratches ? Over long period of use … Can it ?

In reply to: Looking for moderators!

Lol , ever since I knew about phonebloks , I check the forums ATLEAST twice everyday 😛 also love posting ideas and looking at others ones too 🙂

Umm, most pole do , and that’s why I say , it’s just a accessory for your phone , not necessary , just if you want ok ?

In reply to: How about some more parts??

Dude ! Check out through the forum before posting stuff ! usb and front camera are already discussed ! For these stuff plz discuss with me first plz !! 😛

Use flat , I know that , I just designed a case ! You can’t go about just keeping it open , all phones have cases !

Umm , I share your thought, but what I have designed is a cover , like all phones have one to keep safe from scratches when not in use . I didn’t make a back cover , I made a case to be exact , a phone case .

Here it is ! A double sided flip case ! Tadaaa ! Lol . So , one thing I forgot to add is a space for the front camera..anything I forgot ?mBtw it’s just a rough model .so whenever you want to use camera , you can open the back side and vice versa.

Yeah DJ Hamilton..there are two similar views here.. Phonebloks , for replacing parts and CUSTOMIZATION , whereas Motorola Ara is only replacing parts… Now that’s what they are working on and yeah removing bloks in middle would be inconvenient . Btw , are covers really needed ? Maybe they are , for style and all , and I think I’ve got an idea to make a simple flip case for phonebloks without interfering with the camera and it doesn’t depend upon the camera size at all either..I’ll try to get some picsto explain in my next post .

In reply to: PHONE BLOKS that aren’t attached to your phone…

Lol…actually this is a good idea…but this would make the whole thing from a phone , to a warner / alerter . Maybe we could also use it like that …for people who don’t want phones but they want all the facilities u specified , then they could transfer the whole phone into a alerter , or a remote control for all the stuff.:)

Umm chemkitt m there’s already a topic about the ‘blok doctor’ . Like , there’s a diagnose app in ur comp , and in all bases there’s a USB port .. So if u connect the phone to the comp , the app will diagnose the problem in and of the blok and notify you 🙂

Chemkitt.. That wouldn’t be much of a use either… Because , as the camera size grows…the hole in the cover needs to grow too .. So , best thing is try to make the bloks themselves sturdier and no need any back covers..

No. The pic is very clean and all but the the color and style of the logo don’t quite match with phonebloks..

In reply to: Connecting Bloks to the Base: A Possible Solution

qwerty … I thought the same thing too ! Would be awesome if dave hakken’s idea would work ! If yes… Then its a whole phone revolution !

In reply to: Flynn’s Blok Ideas

Hmm….well..I’m officially out of ideas for now… It’s just like all the ideas I think , it’s already out there in the forum somewhere , so nothing I am thinking is original . I’m also feeling kind of bored thinking alone … So if anyone out there will be willing to help me out ? Like be my partner in making phonebloks ideas ? Anyone ?

In reply to: send back damaged bloks

But customization makes that thing kind of impossible , i.e. Different people may put different bloks in different places , that would make it impossible to have a back cover having all the symbols on it according to where you place the blog and which book you place . How do I know this ? Had similar idea and got opinions from others , 🙂 btw any help you need , ask me cuz I’m an Indian too 😀

In reply to: color and screen.

Thanks for the compliments but I’ve got a simple question…. Will a magnet affect the functions of any blok ? And btw have you thought that a magnetic case would alter as the camera position is changed ? Well I’ve got an idea for that too .. Which I kind of altered from another topic in the forum , they can also make different shapes and sizes of magnetic strips and few with a hole in The middle according to the camera . It’s not possible very simply. But if in the blok store , there is a magetic strip section, we could specify the shape , size , etc . All this is possible and very effective if only magnets don’t affect the bloks…

Thanks a lot for the ideas but would a magnet affect the functions of Any blok ?

My goals :Make a total sketch of the phone using all things gathered from forum and get opinions. – DoneUsing opinions , slowly rectify mistakes done and add more ideas to make one more sketch . In progress Gather more opinions about the latest sketch done , if good , proceed to next step or else repeat previous steps . Make a small model expressing the last sketch for further understanding and realistic visualizing .Only you guys can help me to do this 😀

In reply to: Double sided camera ….

Huh…..no one interested in this one…well..then I’ll make a. Better idea .

Ger_EdFred wrote: Basically, Flynn, you are pursuing the same idea as Apple does with its current phones. Lol that’s crazy , because I’ve never even had an apple phone before … Though I got an iPad 😛

😛 Im not that good . I’ll try thinking of how to edit your pic to make an awesome logo . 🙂

Yea agreed..Your picture is too less for a poster.. Maybe a bit modification of your picture would make an epic logo 🙂

Umm..TiiXel, I really like your picture .. the concept is great 😀 But I dont think It’s exactly a ‘logo’ . But I bet it will make a GREAT poster for advertising it 🙂 . For example lets say Apple’s or Android’s logo . They are just two simple pictures : an apple and a robot . Now , apple and android are simple names .. But PhoneBloks …It’s kind of complex …and needs lot of thinking for what the symbol should be.. Just a suggestion .And also if you go according to the original plan , The bloks will have symbols printed on them .. then where would the logo be attached ? Umm..I created an Idea for kind of different model but with the same concept for phonebloks.. Just check the picture out .

tpamarkd wrote: I dislike it. what’s wrong with the unwasted screen space with the current design? Umm…I accept your view that you don’t like my idea .. That’s alright , but I dont quite get it why you dont like it .. If you could specify a bit more so that I could understand , I will try to improve and make a better model . According to the original idea , the front part is simply the touch screen . The screen part ( the front side of the phone ) according to my sketch , it’s in two attachable and detachable parts : the screen and the part covering it’s surrounding area . I did this because I had the idea of a double sided camera using just a single camera blok . I made a topic for that anyways I’ll explain it here too . Like if you use a small camera blok in the backside , whenever we want , we can put in a Filler/normal blok in its place and place the camera blok into a space in the top of the front side . Thats why I made the front cover , which will have a hole of the camera blok’s size in the top . So we can switch the camera blok from back to front .. Umm Maybe it’s a bit tough to understand by the manner I have explained here but you could see the Back Side Camera Topic in the Hardware section if you want . And also the front cover is for providing the screen a curved corner ..

In reply to: An idea of mine:

Umm …what about this way Stefan about the curved corners…just part of idea I made before.. Though the curvature brings a lot of drawbacks in designing … But I made a drawing for it too .. Just check it out .. One is for the curved edges and other is for compensating all the stuff the curvature is tampering in the design .

Thanks 🙂 . I wonder … Shall we work together ? You could modify my idea to make it better and we could make a whole lot of ideas together 🙂