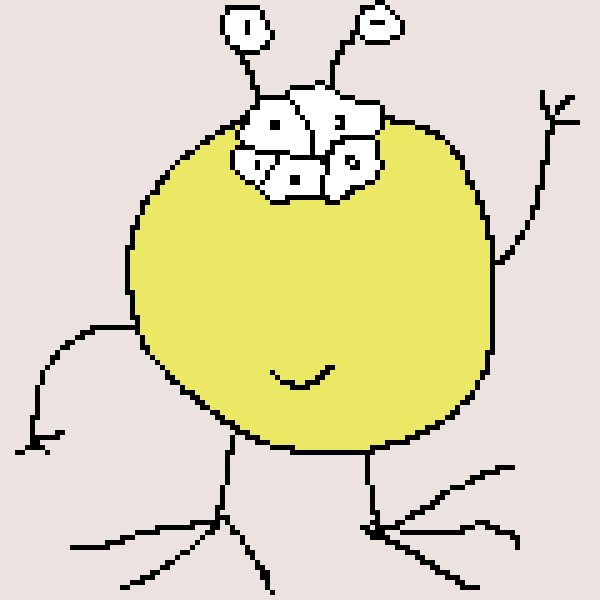 I guess you could use them to cut out dampeners to reduce vibration/sounds from machines, like under the feet of a washing machine.

Floaters for fishing lines or keys(when at shore/in boat) could be other uses.

If you had many, you could make them into an hiking mattress or cushions for outdoor use.

In reply to: Create plastic bricks to build affordable housing

Scooterist: Wood burns in a fairly known way. It stays structurally stable for quite some time and gradually degrades before it collapses.

Plastic will hold up for some time, but then it might collapse suddenly collapse without “warning”. It may also stick to your skin, and keep burning. Fumes/smoke may also be a bigger problem than with wood. Then there is UV stability.

I’m thinking plastic bricks might be a great idea, but it should be tested fairly vigorously. On the other hand – if I was poor and needed roof over my head, it’s most likely better than many of the alternatives.

In reply to: Using heating coil

Guess it’s not as easy to find a free/cheap electric oven in India.
Your idea should work just fine, you could even use a clay oven.
If it’s easier to get gas, you might try that aswell, but I think it’s harder to have exact control over the temperature with gas.

A hybrid could be a nice idea if power is expensive – heat the oven up with gas first, and then keep the temperature with electricity.

You should wrap it in rockwool (not glass fibres – they will irritate your skin) for insulation. Ideally you should cover the rockwool with some metal sheets.

Good electric ovens tend to have the heating element embedded in the bottom/top, this helps prevent burns vs an open element as in cheaper electric ovens. You might wanna cover the heating element(s) with metal plates in such a way that they don’t touch the element, and the air can move freely around it. A small metal fan connected with a shaft to a motor trough the wall will give even better heat-distribution.

In reply to: Shredder Electronics

@wess – Sure, a 3 phase motor would be ideal, but most household/users only have access to single phase without an expensive upgrade from their power-company.

AFAIK the single phase engine @kettlekekkers use delivers a torque in the 400-500 Nm range and should do the trick even though stonker is always better.

In reply to: Can't find blueprint

It can be a bit cumbersome to navigate to the files if you don’t know where they are located.

You can download all the files in a zip file here – https://preciousplastic.com/en/videos/download/
The file is 55MB, and you will find the blueprint under Build / the specific machine.
The CAD files are used if the parts are to be made with a computer-controlled machine like a CNC, laser cutter or waterjet.

If you have whole pipes, you might sell them as they are for drainage etc.
They can also work very well for decorative flower beads etc.

I do not have much experience remelting plastic(at lest not yet), but I’m thinking PVC is not a good candidate for small scale. AFAIK it requires pretty good temperature control, and it gives off gasses both when melting, and also (at a different scale though) from the finished product.

Still – PVC is fairly easy to reshape, and safe as long as you don’t use it too much indoors or in direct sun(it tend to become brittle).

PVC is excellent for many uses, but I think you should rather check if there is some local industries that manufactures pvc or deals with recycling for the grounded/pulverized PVC. It’s highly recyclable, but I guess it’s better to have it done in a facility with all the right equipment etc.

In reply to: Modified (larger) shredder

I think your 3-blade design might work very well if you offset the blades.
As they are set up now, every blade grips at the same time if you put in a large piece.
Offsetting should put less strain on your motor, and chances are that it will easily churn “anything” you throw at it.

In reply to: shredder build IDEA

I had the same basic idea, but wrote about it in the “definite motor tread”.
Great minds think alike etc. 😉

I think these motors are the sweet spot in every way(single phase, cheap, high torque) except they are maybee a bit slow compared to the 70 rpm that was recommended. But a bigger hopper should solve that problem if it basically minds itself and don’t jam up to much.

Seems like Bosh is the only company that states torque, but as your experiment shows, even the cheapest of shredders should be good enough as long as they are of the right kind.

Looking forward to watch your video.:-)

I think you can fold a few plastic bags into a flat piece, and then iron them with wax/teflon paper on both sides. You should then end up with a thicker sheet that can then be shredded.

Another idea is to compact them into tin-cans, heat up and then push the plastic together.

If you are thinking of making the precious plastic machines, I think the injection machine would do a good job of turning the bags into filament. Just place a bucket below so it keeps it’s shape as a string instead of becoming a large blob of plastic. It should then be easy to shred it and be left with usable material.

Thinking about it – I guess another alternative would be to have a rotating knife at the end of the injection machine, so it gets cut into small granules right away. 🙂

In reply to: shred plastic with wood shredder and sell it.

But I doubt they will want to buy chipped plastic because it’s hard to tell what plastic it is from just looking at it.
But then again – they might be chipping it to separate it anyways. I would check around where you live. There are large differences in how plastic is dealt with and weather you can actually sell it for recycling as an individual, or if they only deal with companies.

In reply to: (Almost) Definitive guide on Motors (WIP)

I just discovered this interesting project.
Sorry about the wall of text. 😛

The engine part seems to be the most troublesome, since most people only have access to single phase electricity unless they are willing to shell out a lot of money to upgrade their power-feed.

I was originally thinking that a washing machine engine would be the perfect fit, but apparently there are a bit of a problem making it slow enough, and I guess the motor would overheat after a few minutes(might be solved with some cooling though).

Anyhow – I think I have found a better source for an engine – woodchippers. But not any kind, I’m thinking of the silent electric kind that is slow speed/high torque and AFAIK generally have motors in the 1.5-2kW range and have built in engine protection.
There might even be some woodchipper designs that might do a good job on plastics(?)

I have some other ideas as well 😛

What if you put that engine on the mechanism of a paper-shredder?
Will it shred the plastic into nice strips?
Did a quick search – seems like there are also paper-shredders that cut the paper into confetti/small squares.
I see some problems with stuff like bottle-necks though, but it might be a nice starting-point.

I am not sure what it costs to get the parts to the original shredder made, but I’m thinking it might be quite expensive. Maybe it would work with some wooden saw-blades?
They can be had at about €10/piece.
If so, we are left with the axle and spacers that is not fairly easy to make.
Maybe it would be possible to use a regular round axle, weld the spacers to the saw-blades, and cut some shallow and flat grooves (2-4 for each saw-blade) across into the axle. Then you could have thin spacers that fit into the grooves and are screwed into the thicker spacers with small flat-head hex-screws or similar. There would be two thin spacer-halves per blade to avoid gaps.
Not sure how well it would work, I guess there would be a risk of it getting stuck because of all the blades working at the same time. And some of the plastic (like bottles) might just bounce around instead of being cut properly. Might be alleviated by removing some of the teeths from the blades though.

For thin plates and some wires, getting a free or cheap used washing machine would be a good idea anyhow, and part of the inner drum can be used as the sieve – either as it is or with the holes enlarged. (not sure if the sieve part would work well with either of my ideas though, it might be easier to just do several passes.)

Finally – I think the oven can be oriented the other way for wider pieces. I assume that it’s put on it’s side to avoid problems with the heating-element. But I think it sould be rather easy to avoid drilling into it at the bottom by wetting it and put it on for a few moment to see where it dries up or feel the metal for heat. At the upper side, a couple of square-pipes can be put across to serve as a “second roof” for the mold to be pushed against. – Alternatively a hole in the roof with a secured pipe going down.
Also – I think a bottle-jack would be a better alternative than the scissor-jack, since it’s easier to use and a small 1-2t jack is pretty cheap anyways.

Not sure if I’m gonna give it a try as I’m not sure how much plastic I am going to melt myself, and right now scissors are doing the job. 😉

Edit: Did some more searching, and found this woodchipper claiming to have a torque of 600Nm https://www.lawnmowersdirect.co.uk/product/bosch-axt-22-d-quiet-garden-shredder#description Not sure if that number is overstated, but any cheap version of the same kind of cutter (slow, drumcutter/shredder apparently) should have very decent torque.